Gran Turismo 7 could be a PS5 launch title, according to PS Magazine

Gran Turismo 7 could be a PS5 launch title, according to PS Magazine

The long-awaited continuation of the successful franchise!
Published by MarK, on Thu, 30 Jul 2020 06:26:29 -0300 [Full].
According to the official PlayStation Magazine, published in the United Kingdom, Gran Turismo 7 should be a title in the launch window of the PlayStation 5 console when it arrives later this year.

We have heard rumors that the GT7 will be released alongside the PS5 for more than a year. In fact, the first noises in that sense occurred a year before even before we knew it would be called GT7. What makes this turnaround interesting is the source.

This month's edition of OPM, published on July 28, contains a comprehensive guide to all titles currently in development for the PlayStation 5 - 89 in total. The magazine further divides the list when the titles say, from the "launch window" for those who are at least a year away. The title list of the launch windows obviously contains several games that we know will be released in 2020, including DIRT 5. 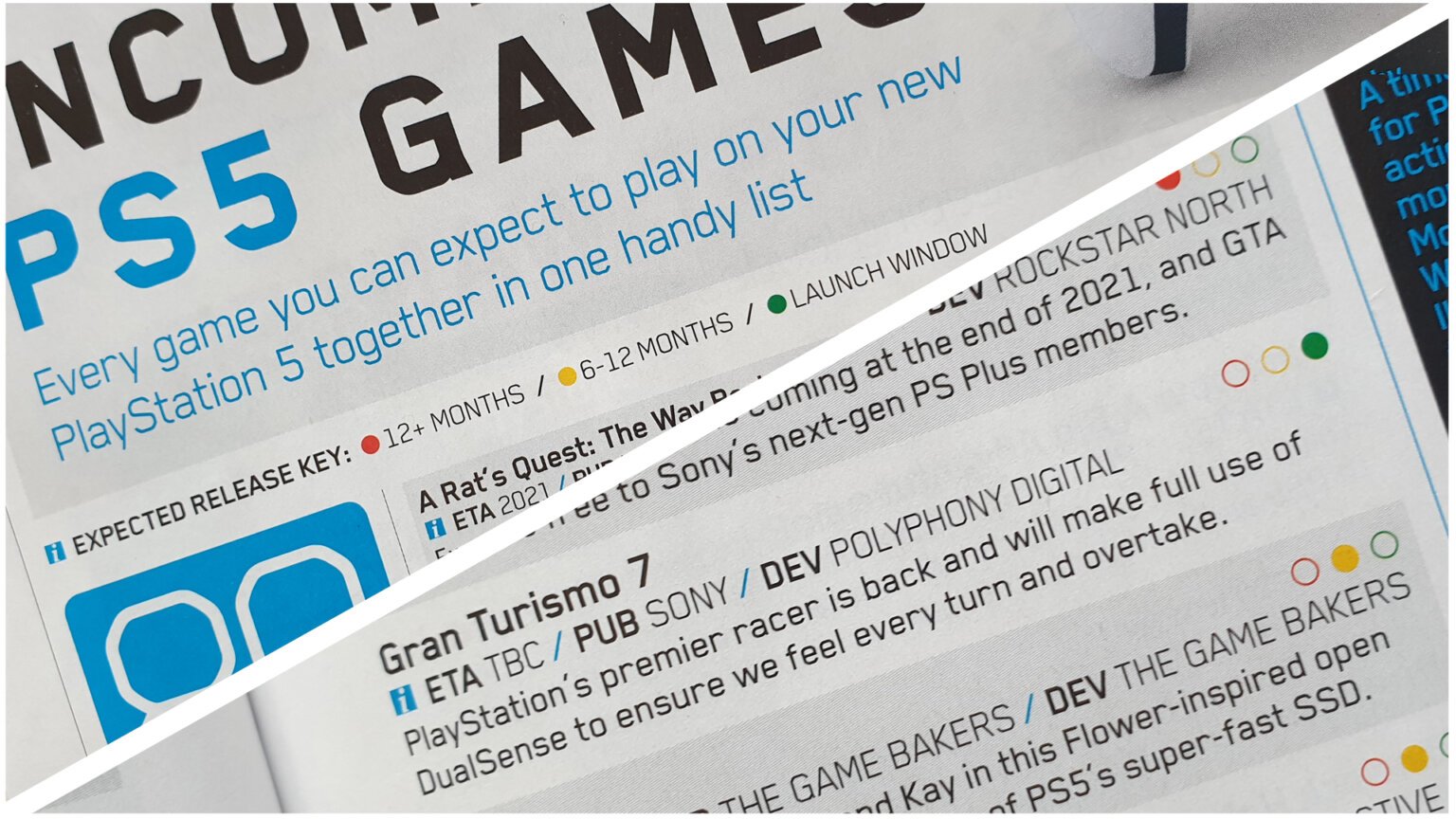 As you can see above, between the list of first-party and third-party launch window titles is Gran Turismo 7. This is the closest official confirmation that the next Polyphony Digital race title is scheduled for the debut of the PS5, and it would be the first time that a GT title would be available with a new PlayStation console.

There are some minor notes of caution here. First, while several of the titles on the list have "ETA 2020" (estimated time of arrival) in their description, GT7 appears as "TBC" (to be confirmed). Another title listed as "launch window" - Hitman 3 - has an ETA from January 2021, suggesting that the "window" covers a period of about three months after the launch of the PlayStation 5.

Still, it is an encouraging detail for Gran Turismo fans. The next game in the series may be in our hands much sooner than we thought.
Tags:#PlayStation 5#Sony#Games#News
MarK (mark)
I like several different works, but with a tendency for strange and funny stories.
I like arts, games, drawings and interesting things.
Site Administrator
Leave your comment to let us know what you think of the publication
Don't forget to follow us on Facebook, Twitter or Instagram and in our curator of Steam.
MadInfinite on FacebookMadInfinite on TwitterMadInfinite on InstagramCuradoria do MadInfinite no SteamParticipe do nosso Discord
Subscribe to our channel
MadInfinite on Youtube
Latest publications
Fortnite to be completely removed from MacOS on September 23Genshin Impact surpassed the mark of 3.5 million pre-registered players worldwideApple prevents the injunction imposed by Epic Games to force the company to put Fornite back on iOSBONES Studio reveals ‘SK8 The Infinity’, their new animeFirst game of the Phantasy Star franchise for smartphones and tablets is released globallyDevelopers say it's easy to work on PlayStation 5
Content Tags
#RV#Screenshots#Funimation#Indie#Valve#Diablo#Dead Cells#The Coalition#MMORPG#Unreal Engine#Marvelous#PlayStation 5#Persona#Technology#Street Fighter V