Cuphead may be coming to PlayStation 4

Cuphead may be coming to PlayStation 4

It has appeared on multiple PSNs around the world, and Geoff Keighley will make a special announcement for an independent company tomorrow
Published by MarK, on Tue, 28 Jul 2020 05:09:21 -0300 [Full].
First debuting on Xbox One and Windows 10 in 2017 and in 2019 coming to Nintendo Switch, it seems that Cuphead is joining another new home.

After having been spotted appearing on multiple PSN stores (such as those in the United States, United Kingdom and Australia), Cuphead has already been registered on the PlayStation 4 system, and Studio MDHR should be close to announcing the game for the Sony console. 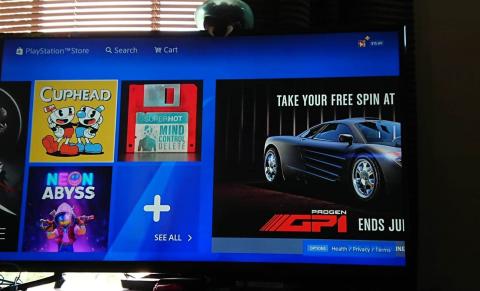 Coincidentally, Geoff Keighley announced almost at the same time that the game was leaked on Sony's digital store that will make a special broadcast today, (July 28), for an independent game announcement, suggesting that the Cuphead - PS4 Edition will be revealed there.

TwitteraHR0cHM6Ly90d2l0dGVyLmNvbS9nZW9mZmtlaWdobGV5L3N0YXR1cy8xMjg3ODgzMDQwMzY3MTEyMTky
Tags:#News#Games#PlayStation 4#Curiosities#Indie
MarK (mark)
I like several different works, but with a tendency for strange and funny stories.
I like arts, games, drawings and interesting things.
Site Administrator
Leave your comment to let us know what you think of the publication
Don't forget to follow us on Facebook, Twitter or Instagram and in our curator of Steam.
MadInfinite on FacebookMadInfinite on TwitterMadInfinite on InstagramCuradoria do MadInfinite no SteamParticipe do nosso Discord
Subscribe to our channel
MadInfinite on Youtube
Latest publications
Fortnite to be completely removed from MacOS on September 23Genshin Impact surpassed the mark of 3.5 million pre-registered players worldwideApple prevents the injunction imposed by Epic Games to force the company to put Fornite back on iOSBONES Studio reveals ‘SK8 The Infinity’, their new animeFirst game of the Phantasy Star franchise for smartphones and tablets is released globallyDevelopers say it's easy to work on PlayStation 5
Content Tags
#Android#Prince of Persia#Diablo#Novel#The Walking Dead#GOT#Boruto#Tomb Raider#Gears#Mobile#Saints Row#Bethesda#Origin#The Witcher#Lovecraft